As Jacqueline packed up her car and crossed over the border, her body let out a gigantic sigh, as though the cells of her body gave her full permission to finally let go. It had been over 6 months that Jacqueline had un-calcified her heart and removed her symbolic lion’s mane to honour her primal lioness prowess after having her heart broken. A moment in time, where sacred space was given to sit within the wells of her pain. No numbing, no ignoring and no shoving it down, but rather to sit with and alongside pain as she revealed her messages. 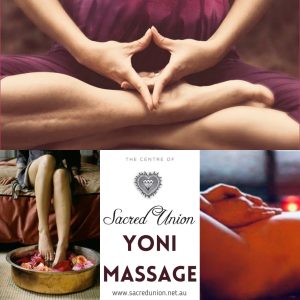 “Hello dear friend”, the cells of her body whispered to her soul. “It is now, within this journey, that I reveal to you the deepest dwelling of your codes”. One word was given and was all it took to open the flood gates of her soul. “A-ban-don-ment” she whispered over and over again. “Abandonment”, as the codes clicked into place, igniting her feminine energy centres from within.

As Jacqueline pulled up to the car park, she took a deep breath, dried her eyes, opened the car door and placed both feet on the tarmac. With amazement, she reflected on the codes that had just been revealed to her during her drive, before even entering her healing session, that was about to take place. Her intention for the healing session was not to be placed on any expectations, but rather to explore the experience at hand. However, now that the codes had landed, it was clear that the intention set needed to be placed on exploring her new codes, as her masculine wounding was still yet to be healed.

As Kelly Wolf opened the door to her sacred temple, Jacqueline was greeted with feelings of being held and protected as she entered through the hallway to commence her sacred yoni massage ceremony. You see, Jacqueline had never met nor undertaken such a ceremony with Kelly before, but knew within her heart that this was the journey that needed to be taken. Kelly had come highly recommended from a close friend and teacher who was very dear to Jacqueline’s heart. After hearing stories about how her mentor had partnered up with Kelly at a ‘Peruquois womb song’ retreat over 12 years ago and relayed stories of Patricia singing sweet songs of blessing into Kelly’s into womb to bless her newly conceived baby, Jacqueline knew that this was the right woman to hand herself over to.

“Please take a seat and remove your shoes’ ‘, as Kelly pointed towards a stole that was surrounded by anointed oils and a vessel of water with embedded roses. As Jacqueline took her seat, she looked at the space around her and was enthralled by just how beautiful it was. With every little detail, from the candles to the oils, providing her with a glimpse of just how beautiful her very own world could be. As Kelly dried off Jacqueline’s left foot and placed her right foot into the vessel of water to massage, a deep sorrow for a love that had never been felt arose from her father’s line. As the sorrow started to seep into every cell of her body, tears emerged and ever so delicately collecting microscopic veils of generational wounds, while expelling them down her cheeks and into the body of water below her. It was from here that Jacqueline was able to fully surrender to the masculine. 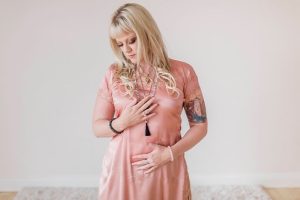 Following the completion of the foot bathing ceremony, Jacqueline was guided to another location where she would commence her undressing ceremony. “Who knew that taking off your clothes could be so powerful? ”, as she handed each item of clothing and jewellery over to Kelly for them to be individually sealed with a Taoist prayer. As she lay her fearlessly naked body onto the sacred bed, Kelly honoured Jacqueline’s body and the journey she had taken to arrive at this point in time to be anointed and worshiped through such ancient wisdom.

As Kelly placed her hands on Jacqueline’s back, Jacqueline felt such a calmness within. Through guided breath and conversation, Kelly continued to massage the back of Jacqueline’s vessel and then eventually rolled her over onto her front, while ever so lovingly checking in on her at every massage point. With agreement and consent to continue, Kelly then moved towards Jacqueline’s breasts to activate her heart chakra, while guiding the energy from the heart down to her sacral. “Breathe”, Kelly said, “up from the front of your root chakra and out through your mouth”, igniting the microcosmic orbit energy.

Once placed into a new position, Jacqueline knew it was time for Kelly to move into and around her yoni. “From here I want you to continue the breath, while including sound on your exhale”. “Breathe”, as she moved the energies from between the heart chakra, to the sacral. “Now focus your breath towards your root chakra, where I will place my hands on yoni. “Are you comfortable with this?” “Yes”, Jacqueline replied, slowly dissolving into her own galaxy. “I am now going to move the massage to your outer labia, are you comfortable with this?” “Yes”, Jacqueline replied, as she was no longer human form. As Kelly moved her fingers in a circular motion around Jacqueline’s labia, thoughts of old conditioning and doubt started to seep into the back of Jacqueline’s mind. “What are you doing? Are you seriously doing this?! This is not the norm!” Jacqueline smiled and reminded her mind to pipe down, as this was a time for her body, not for her mind!

“I am now going to enter my fingers into your inner labia and be guided intuitively by what feels right for your body. Are you comfortable with this?” As Kelly prepared both herself and Jacqueline for the experiences. “Yes” Jacqueline replied, while working with her breath. From here it was as though Kelly knew exactly where within Jacqueline’s body she had stored all of her past hurts, all her past pain and all of the past traumas. “Breathe”, as the energy circulated in and around her soul. “Breathe”, as she became weightless and formless. “Breathe”, as more energy codes unlocked and created new circuits. 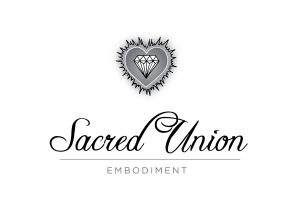 Before Jacqueline was about to climax, Kelly stopped the motion from within, gently removed her fingers and allowed for the energy to continue flowing within and around her body. It was here that Jacqueline slowly returned to her body, exploring and feeling the different energies and movement that had occurred within.

As she slowly raised herself up from the sacred bed, she could feel a lightness within her heart and a swirling of a sexual galaxies within her energy systems.

“Hmmmm, why did I not do this sooner!”, she said quietly to herself while walking back from the massage space over to Kelly to commence her re-clothing ceremony, as the cells of her body swayed to the music that was playing overhead.

Every single piece of clothing and jewellery item was individually handed back to Jacqueline. But this time something was different. Each item felt different, as though the items themselves had been cleansed. “Now you get to call back your energy as a new, as you are a new!”, said Kelly, as she handed back each piece individually sealed with a new Taoist prayer.

Jacqueline realized that the past 3 hours of the ceremony had completely changed all her energetics, including that of her clothing.

When asked about her sacred yoni massage ceremony with Kelly, Jacqueline swears that the ceremony has changed her perspective on life and opened her up to experiencing life through new levels of being. That a ripple effect has occurred, not only within her body, but within all aspects of life, including her relationships with friends and family. All while giving her the ability to experience life through the lens of pleasure rather than that of pain.

And her advice to others, who are on the fence of doing their own sacred yoni massage with Kelly? “Just do it. Be open to the process of the ceremony. You can go through it at your own pace, knowing that you can stop whenever you choose to. The important thing is that you just start the journey, because giving yourself permission to just go just that little bit further, can change your life significantly. When you do the work with sacred boundaries, you enter a different level of awareness and everything you touch, eat or do all becomes sacred”.