WHY FAKING AN ORGASM ISN’T AS HARMLESS AS YOU MAY THINK.

By Kristen Dold, Photography By iStockphoto/Thinkstock 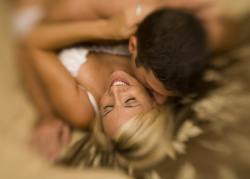 Never Fake An Orgasm Again Why faking an orgasm isn’t as harmless as you may think. Learn how to reach your peak—for real.
.
Faking it happens. A lot. In fact, studies show that 60 percent of women have delivered an Oscar-worthy performance between the sheets. And while it’s commonly assumed that women pretend to climax in order to boost a partner’s ego or speed up a snoozy romp, new research from Temple University found that for many women, there are other factors at work—among them, a fear of being vulnerable, insecurity about their skills in bed, and the choice to use their faux O as a means to increase their own arousal. While there’s little harm in the occasional bluff, here’s why you should curb the counterfeit climaxing and find your true peak potential.
.
FEAR OF VULNERABILITY
If a woman isn’t emotionally ready to open up to her partner, faking it can be a way to keep the guy at arm’s length. A few reasons: She may be wary of becoming too dependent on the guy, or of becoming engulfed by his personality or world and thus losing herself. “There’s a vulnerability and emotional risk that comes with climaxing in front of someone,” says Yvonne K. Fulbright, Ph.D., author of Sultry Sex Talk to Seduce Any Lover. A fear of rejection or icky issues from a past relationship may also keep a woman from revealing herself. Bona fide O’s require “truly surrendering to the experience and not worrying about being judged,” she says. But if you resist letting go, it’s nearly impossible to be swept up in the awesomely authentic sensations.
.
OVERCOME IT: Amp up the trust and intimacy you need inside the bedroom by speaking up more outside of it, says Women’s Health advisor Debby Herbenick, Ph.D., author of Because It Feels Good. “Being authentic about expressing who you are is the key to better sex,” she says. Start small: Confide a secret or share an embarrassing story, and when he asks where you want to eat dinner, pick a place instead of saying “Anywhere is fine,” says Herbenick. “Men and women who are emotionally close will have an easier time being honest with their partner about how sex feels for them—whether it feels good enough to lead to an orgasm,” she says. Improve your bond during the day and you’ll be more comfortable directing him “to the left, a little softer, now faster”—and ultimately letting yourself let go—when the lights are out.
.
SELF-CONSCIOUSNESS
Some women put on bed-rattling performances because they’re insecure about how long it takes them to climax or what it actually takes to get them there, says Vivienne Cass, Ph.D., author of The Elusive Orgasm. “They see these highly orgasmic women in movies and think that’s the norm,” she says. Meanwhile, men who watch porn—i.e., most of them—are used to seeing women get off in seconds, which adds to the pressure. Be honest about your expectations, and push him to do the same, says Fulbright. A grand finale is not always a given. According to a study from the University of Chicago, only 5 percent of women always climax through intercourse, while nearly 35 percent rarely or never do. In fact, you and your guy probably need to get a little creative. “Research shows that most women need clitoral stimulation to orgasm, through masturbation, stimulation from a partner, or oral sex,” says Charlene L. Muehlenhard, Ph.D., professor of clinical psychology at the University of Kansas.Ramp up your coital confidence by becoming more familiar with the touches and sensations that make you tick, says Herbenick. When you’re alone, try masturbating, fantasizing, or using a vibrator. When you’re with your partner, do some hotter-sex homework: Explore each other’s bodies for the sole purpose of figuring out what turns you on—with zero intention of orgasm. Then you can show each other what it takes to push you over the edge.LIBIDO ENHANCEMENT
.
Gasps, growls, heavy breathing, and other faux-O methods can be a big turn-on for women, according to research from Erin B. Cooper, a doctoral student in clinical psychology at Temple University. In her study, women reported that imitating an orgasm increased their levels of arousal and upped the intensity of sex. Plus, common sense holds that if you appear to be on the brink of ecstasy, your guy will most likely kick things into high gear, improving the odds for an authentic finish.O-vercome it: You may not have to. It’s usually fine to keep “fake it to make it” in your better-sex bag of tricks, as long as your guy knows it’s not his shortcoming but rather something that turns you on, says Herbenick. That said, it can be just as effective to take part in the sweaty, loud fanfare and shelve the fake finish. Try spicing things up with dirty talk or visualizing having an orgasm as you approach climax, she says. It may sound like psychobabble, but imagining the sensations of an orgasm in your head—the sights, smells, and sounds—can help push you over the top. And then you can leave the faux O’s for those women on the big screen.SILENCE IS GOLDEN 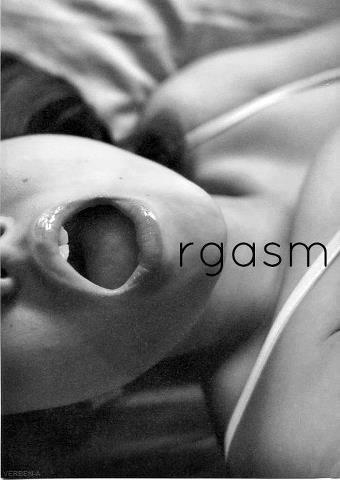 Now hear this: A whopping 80 percent of women admitted to making pleasure sounds such as moaning and groaning half of the time when they knew they weren’t going to climax, found researchers from the University of Central Lancashire and the University of Leeds in the U.K. Oddly enough, women reported being quiet during masturbation and oral sex, i.e., when they were more likely to orgasm. Why the yowls of half-hearted passion? “Women know that being loud in bed can enhance the physical intensity of the experience for her partner,” explains Diana Hoppe, M.D., author of Healthy Sex Drive, Healthy You. It’s all good to give him a little audio feedback, but if you’re not truly enjoying yourself, offer him more specific heat-of-the-moment direction in lieu of a synthetic sound track. You’ll make beautiful music—together.HIS PRETEND PLEASURE
It’s not just us—guys fake it too. According to researchers at the University of Kansas, a quarter of the men studied said they’ve acted out an orgasm during sex. Most men reported faking it because reaching orgasm was unlikely or taking too long, while others were bored, tired, or not in the mood, says study author Charlene L. Muehlenhard, Ph.D.

The tell tale signs? The men in the study who artificially O’d said they did so by thrusting harder or faster, clenching their muscles or freezing up, verbally expressing that they had reached orgasm, or acting exhausted afterward. (The study also showed that guys were more likely to say that they faked it because their partner was unattractive, while women were more likely to fess up to faking it when they felt their partner was unskilled.) We polled guys on MensHealth.com to get their POV on phony climaxes:

By Kristen Dold, Photography By iStockphoto/Thinkstock